Supporting asylum seekers during the pandemic: Reflections on 2020 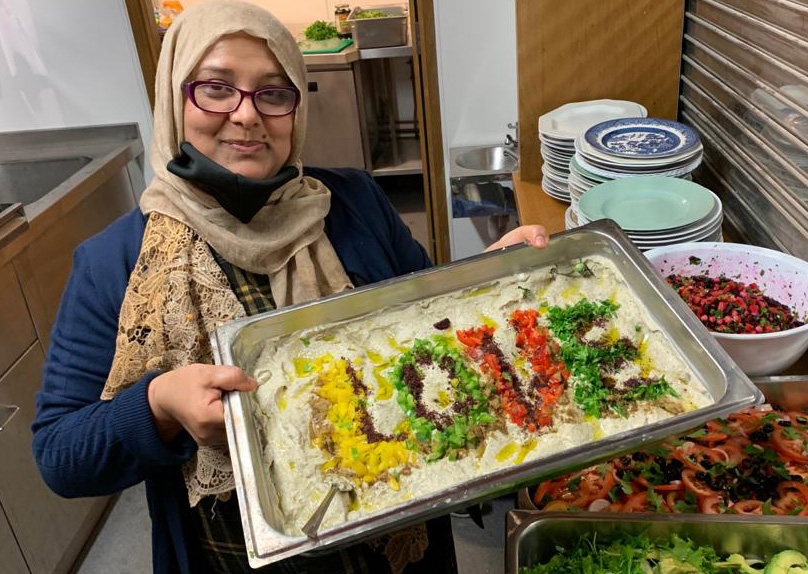 As we walked towards Abdullah* standing outside Hammersmith Station earlier this month, a slow recognition grew over his face as we came over in our masks. We waved at each other, knocking elbows to greet each other in pandemic fashion. Abdullah had a couple of small bags with him, which held his life belongings. How are you, we asked, smiling through masks – it’s been a while, hasn’t it. I’m good, he said – much better now I’m back.

Abdullah is an asylum-seeking young man who back in the autumn had become a member of our community of asylum seekers, refugees and migrants at West London Welcome in Hammersmith. He had settled in well, taking English classes at our centre each week, quickly making new friends and building a support network, and taking home fresh food from our foodbank. As an asylum seeker, he is banned from working and ineligible for benefits, and as someone living in a local hotel organised by the Home Office, he was given no subsistence money to survive on – only some airplane-style meals in his hotel which lacked any real nutrition. Pre-pandemic, most asylum seekers we knew were given £5 a day by the Home Office – barely enough to live on – but in this new reality of ‘full-board hotel accommodation’ during the pandemic, they’re given no money whatsoever. So, like other asylum-seeking members of our centre who live in these hotels nearby, Abdullah was entirely dependent on us for hot food, our foodbank, education, immigration and housing advice, and hardship payments to live on. Yet, despite his precarious living situation, he brought good cheer to the centre each week and threw himself into his studies.

Then, one morning in October, Home Office contracted staff suddenly arrived at his hotel and, after giving him less than an hour to pack up his things, moved him to the Napier former army barracks in Folkestone, which are being used to house asylum seekers and have been exposed in a series of damning reports for having extremely poor conditions. For the next month and a half, in the middle of the pandemic, Abdullah lived in a crowded dormitory in these barracks with only makeshift sheets between each bed for privacy, had limited access to healthcare or lawyers, was often not let outside due to far-right groups intimidating people outside the gates, and lived amid highly vulnerable people who were suffering mental health crises and others who occasionally attempted suicide. The former army barracks were particularly traumatic for those asylum seekers who had experienced war. Finally, his own mental health began to rapidly deteriorate, and he called us for help. We worked with his solicitor to move him out of the barracks, and supported him to find accommodation back in Hammersmith. Our community was thrilled when he returned to our centre this month – he even kept his return a secret from his closest friend here in Hammersmith, tapping him on the back and surprising him at the centre to lots of laughter from the rest of us watching.

When the pandemic hit in March, West London Welcome adapted and transformed ourselves in a matter of days to respond to the emergency of local needs the pandemic created this year. Prior to the pandemic, we were a small, relaxed drop-in community centre focused on supporting our members. We had to dramatically scale up what our centre offered and create an entirely new socially-distant way of operating, and were lucky to secure funding to ensure we could support many more people than we ever have before. We’ve kept our charity open for in-person support every week throughout the pandemic, supporting over 300 local asylum seekers, refugees and migrants with food this year, and giving our members weekly hardship payments, legal aid and housing advice, education, referrals for therapeutic support, laptops and phones, credit and data, and a safe space to come when they had nowhere else to go. Such is the importance of people having access to legal aid while they make their case for asylum, and so chaotic are their living circumstances, we needed to work incredibly quickly to find our new members good solicitors in case they were moved on somewhere else. Some of our members are highly vulnerable, needing holistic support from us just to keep going. At our winter party last week, everyone got Christmas presents and support to survive through the holidays. Time and time again, people tell us West London Welcome feels like a family – all the more important when you’ve been separated from your own.

Abdullah’s story is just one of the relentlessly challenging set of experiences the members of our community have gone through over the past months. On top of all the daily challenges the pandemic presents, our asylum-seeking members who have recently come to the UK face an overwhelming number of battles which make them feel powerless. There are currently no safe or legal routes for asylum seekers to travel to the UK, forcing them to risk their lives coming on small boats or by other means. Having arrived often with only the clothes on their backs and a few personal items, here they face chaotic accommodation arrangements, little or no money, are banned from working, have trauma from past experiences of torture and war, and face endless anti-migrant hostility from the government and media. They are constantly moved around different hotels and into and out of former army barracks, with little or no warning. We’ve even had to help one of our members – a victim of modern slavery – out of a detention centre this winter. The papers want people to believe we’re housing a huge influx of asylum seekers in ‘luxury hotels’, yet asylum applications have actually fallen in the UK this year – people are only living in hotels because of a historically chaotic and outsourced Home Office housing system, massively delayed asylum claim processes, and the pandemic requiring people to be housed and off the streets. The UK only hosts a tiny proportion of the world’s refugee population – around 1%. And we know how far from ‘luxury’ these hotels can be – we and other charities support people every day just to ensure they’re getting their essential needs met. We’ve needed to work with community care solicitors to fight to get vulnerable women with babies basic support in these hotels in order that they are able to eat properly. This is the reality of the ‘hostile environment’ during the pandemic.

We’ve been incredibly proud of the way our whole community has come together this year to protect and care for each other – and make each other laugh even in the most desperate of times. Our members inspire us every day, whether they’re local asylum seekers, refugees or migrants running their own English class at our centre or cooking up a feast, or one of our fantastic team of volunteers working tirelessly every week to cook, clean, teach, befriend, translate, and respond to any number of emergencies. Our volunteers include many local people of refugee and migrant backgrounds themselves, who often end up bringing friends and family with them to join their efforts to make newly arrived people here feel supported and welcome. There are myriad webs of these vital pre-existing support networks locally that extend far beyond West London Welcome. We always say that that local communities should be at the forefront of supporting those facing profound life challenges, and this year in Hammersmith and throughout West London we’ve been doing all we can.

If you’d like to donate to West London Welcome this Christmas, our Localgiving page is here. 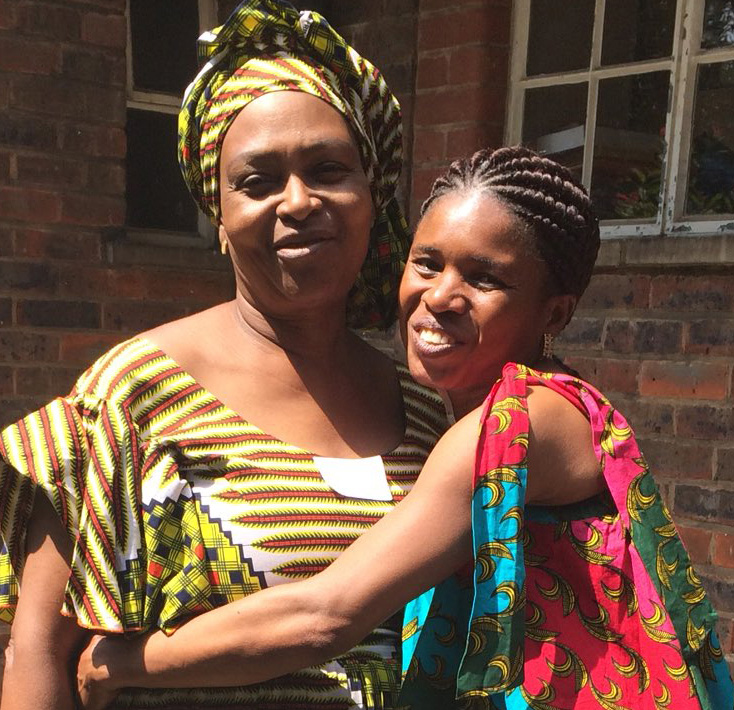